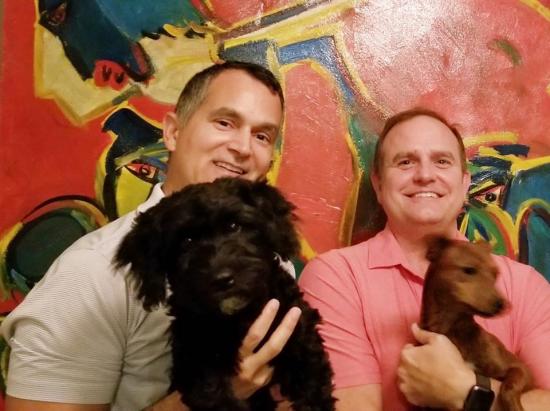 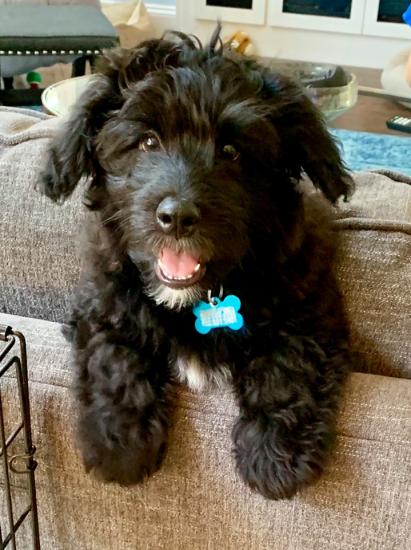 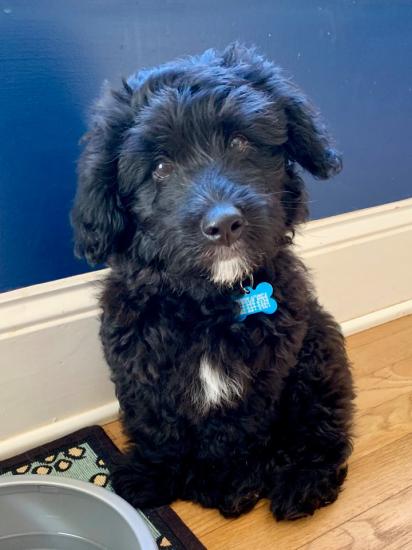 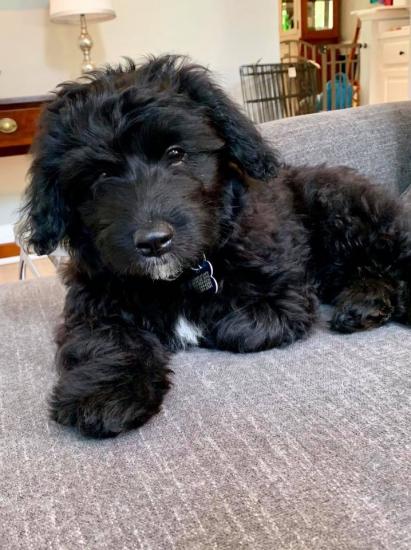 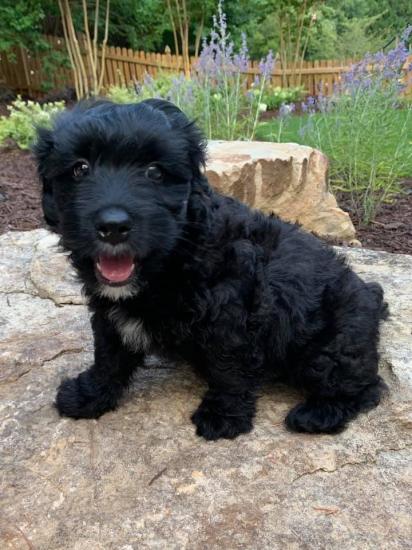 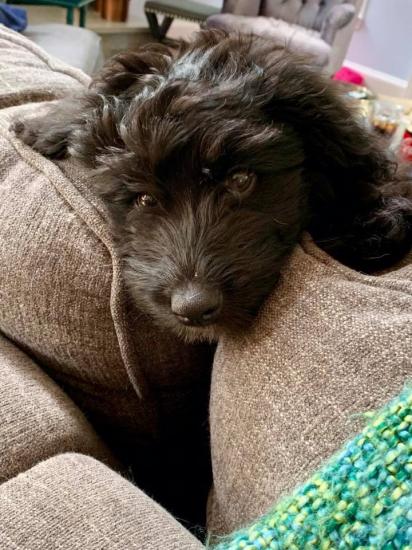 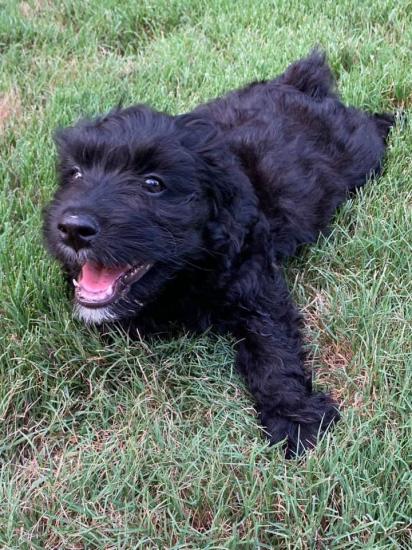 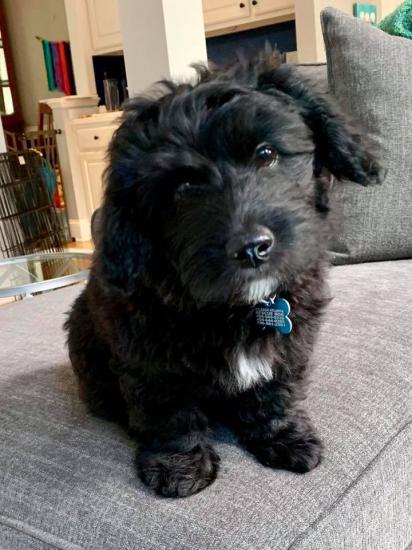 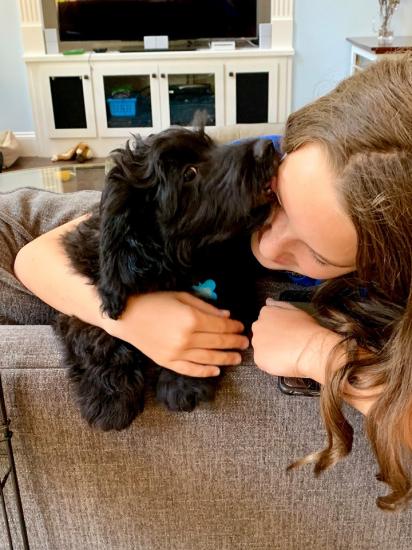 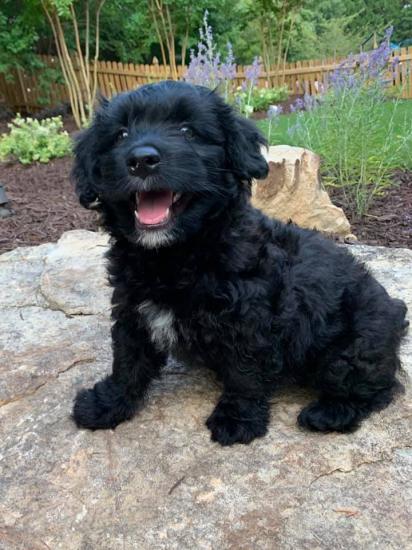 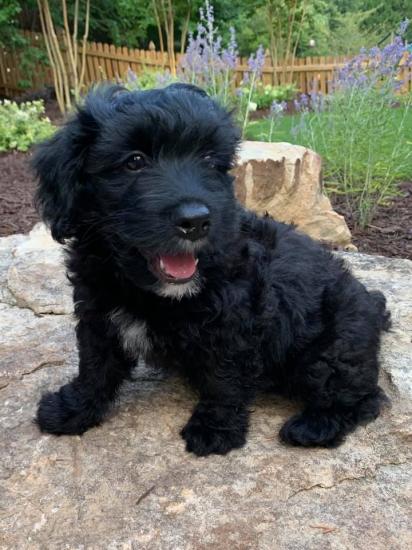 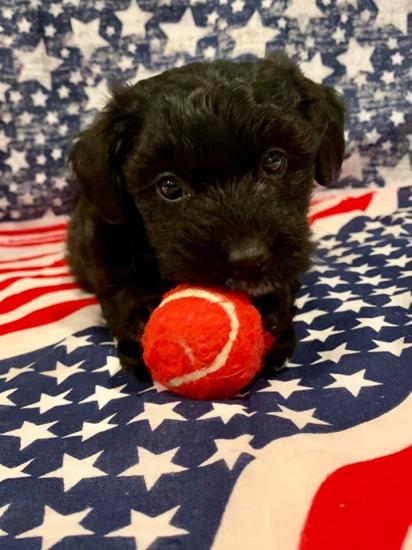 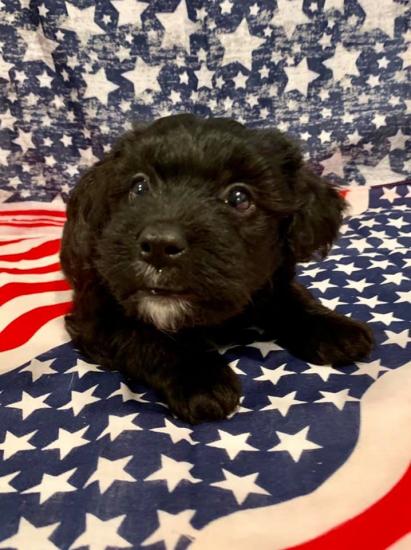 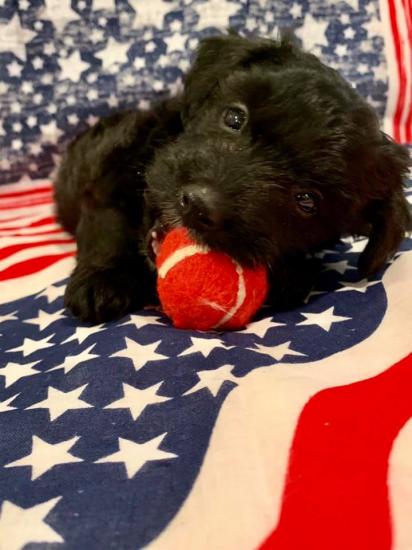 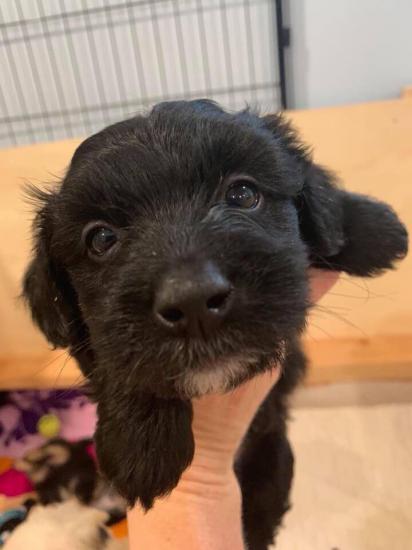 Patriot had a rough start to puppyhood but after he was given some time to heal, his sweet soul has enabled him to transcend his circumstances! He was rescued at only four weeks old from a severely neglectful situation that resulted in the deaths of several of his littermates, then incurred an unknown injury at around 9 weeks old that left him very sensitive to being handled. Due to his lingering behavorial issues, Patriot hit a few *major* snags on his path to adoption and was returned by his adopters. After weeks of working with his foster and a lot of positive conditioning, Patriot showed major improvement but still needed a special forever home that would give him the support he needed to thrive. Lucky for him, he found that with Andy and Patrick, and Patriot has been RELEASHED!!! And it was love at first sight with his fur-brother Duke! We are so thrilled for his happy ending!