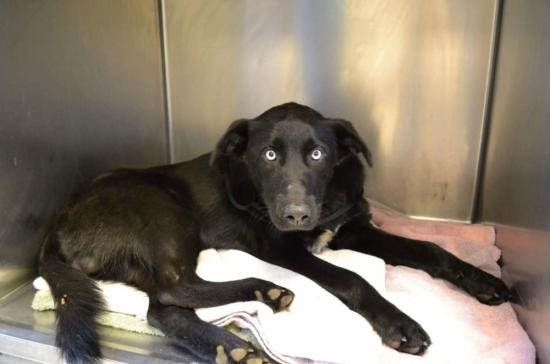 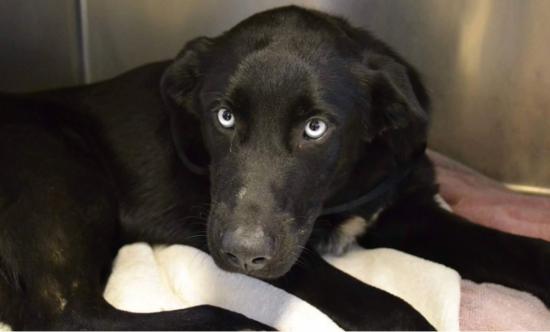 UPDATE: Frankie Blue Eyes has almost fully recovered! This handsome man was rescued after he was hit by a car and had to have pins placed in both of his legs during emergency surgery. He has been quite the trooper for his rehabilitation and crate rest, and his disposition through it all has been nothing less than incredibly sweet. He loves to snuggle with his foster mom and foster fur friend. He is a stunning German Shepherd mix with piercing blue eyes, and will most likely be around 60 lbs when he gains his muscle mass back. He is going back to the vet next week, and we are hopeful that he will get the all clear to start romping around again and be adopted! Frankie is making strides on learning how to be a gentleman and already walks wonderfully on a leash. He is also fully crate trained! This gorgeous fella is going to make some family very happy, could that family be you?? Get your app in for Frankie today!

Frankie Blue Eyes was brought to our attention when he was brought to a shelter after being hit by a car. He was sitting there in pain and discomfort but always so nice to everyone. They reached out to us and we immediately rushed him to our vet for emergency surgery. Frankie had severe fractures in both back legs and swelling in his abdomen. Our vets were able to pin his back legs after a long, difficult surgery. He is on the mend now and will be available for adoption sometime in mid October we think!